Meet the buttons for your Phone!

Yes! Finally you can press a button on the back of your phone and snap a quick photo! Dimple.io is a sucessful crowdfunded project, who is now shipping orders if you want to grab one!

This could be useful to some, but for others not so much. For starters, this doesn’t work on metal back phones! Sorry iPhone. Sorry HTC one m8/m9. You just had to add metal, didn’t you? Your phone will also have to have NFC in it, since that is how the dimple buttons connect with your phone and sends commands to it. One benefit from using NFC (instead of bluetooth) for example would be NO BATTERIES! Yep! You heard me. No batteries. Awesome right? But you may be saying “But Ben, you are promoting an item with no criticism.”

Well to you guys who say this, here is what I think should change, or at least I have concerns with..

1) Having the phone in my pocket

I use my S5 a good bit. But I always put it in my jeans, with no protective case. I only add tempered glass screen protectors, and that’s just it. I like the slim, naked phone look. It’s the way the manufacturer (Samsung in this case) intended the phone to be used. With that said, I put the Galaxy S5 in my back pocket, and front pockets. I am worried the buttons would be triggered with me moving around, walking, running, etc. So I would like to know if that would cause the buttons to go off from me walking around with the phone in my pocket. Maybe a response from the Dimple.io team would help clear this up. Perhaps they could even give a demonstration of them testing the scenario out.

2) Pricing is a bit high

Okay, so I’m guessing the Dimple team is aiming for the younger adults with this product, maybe even college kids since they are most active with crowdfunded projects and promoting them. So it would make sense to have the price set pretty low. $27.99 is a bit high, but I can understand them needing to save some funds in the bank for future developments. With that said, if they had a refer your friend and you both get discounts program, that would be awesome aswell promote teens, and young adults to promote the product and get a sweet discount. 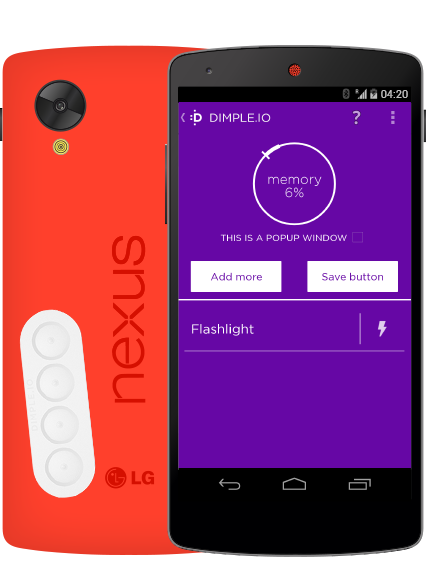 From the Official Press Release:

Each DIMPLE has four user customizable buttons. Each button has a little braille dimple for

more convenient fingertip recognition. DIMPLE has adhesive backing that enables it to be

installed in close proximity of an NFC reader. For some devices this means the whole rear side;

For others, it means just a part of the rear side. There are even some devices with active areas on

both the front and rear sides.

Internet Privacy – People need control over their data in 2020

How much you can send on Google Pay?

How to Empty/Clear Dovecot Mailboxes command

How T-Mobile and Amazon could BOOM!